40 min set as part of the Bright Nights acoustic showcase

Underground Sound at The Moustache Bar

£9 for the full 5hr session

Joint headlining with folk singer Anna Hester. I'll be playing songs from both albums plus some unreleased material.

Ian David Green with The Skylarks and Jim Pearson

An evening of acoustic music with Ian David Green, supported by The Skylarks and Jim Pearson.

“Sometimes great new music comes out of nowhere and lands in your lap, and this is definitely the case with Ian David Green. Haven’t heard of him? You need to”

“Deeply in touch with the human experience” - Folkroom records

Songs from the Wheel

"A poignant set of poems set to melody...reminiscent of the finest artists of the genre"

"Sometimes great new music comes out of nowhere and lands in your lap, and this is definitely the case with Ian David Green. Haven’t heard of him? You need to."

“'a revolution starts with the faintest of notions' - a pretty good description of the acclaim this outstanding album is destined to spark."

Introducing tracks from Songs from the Wheel at Glasgow’s Celtic Connections festival, Southport’s Love Folk festival and BBC Sounds online in early 2022, Ian David Green cemented his growing reputation as one of the finest lyrical songwriters of contemporary folk and acoustic music today.

With Songs from the Wheel, Green widens his canvas to bring us a selection of compelling stories from an array of characters, each anchored in their own place and time yet re-living and repeating the experiences of countless others - before, after, or yet to come. A thoughtful, panoramic study of the rich and lyrical landscape of human life and the vastness of the spaces around it.

Songs of the Sea

Written as a tribute to the artist’s late father, modern folk album Songs of the Sea delicately explores the foundations of what makes us who we are - memory, identity, our bonds with others - and describes with deep sensitivity a journey of letting go the things that we build and would wish to keep.

"Suffused with sorrow, with joy, with love, hope, hurt and a humanist soul, Songs Of The Sea is a truly magnificent work." - Folking.com

"A fine ear for a song...lyrical, personal and thoroughly earnest. Songs of the Sea is a moving, sincere album, and one that promises interesting things to come." - Folk Radio UK

"A unique work of art...a huge accomplishment in terms of musicality and story-telling; Songs of the Sea is a heartfelt ode to life that will not leave its listeners unmoved." - JPGchief

"An amazing debut, full of stunning lyrical deftness...an unadulterated joy to listen to from start to finish." - Backseatmafia.com

Songs of he Sea button

Songs of the SEA - listen and buy on Bandcamp now

Songs of the Electric Night EP

Songs of the Electric Night EP

The experimental and darker folk sound of Songs of the Electric Night was released in March 2020. The opening track, Reykjavik, inspired by the artist's travels in Iceland.

Closing track Ghost in the Machine plays with the centuries old questions of human soul, mind and body, and culminates in a rousing finale provided by a makeshift children's choir.

"I have been dreaming away on this"
Indie Folk Central

Son of a Liverpool joiner, Oxford University graduate, teacher and traveller in the far east, and former photographer and tweeter to the Prime Minister, Ian David Green announced his arrival on the Folk & Americana scene with the release of his 2021 debut album Songs of the Sea, hailed by folking.com as “a truly magnificent work”.

He introduced tracks from his follow-up album, Songs from the Wheel, at Glasgow’s Celtic Connections festival, Southport’s Love Folk festival and BBC Sounds online in early 2022, cementing his growing reputation as one of the finest lyrical songwriters of contemporary folk and acoustic music today.

Ian was born and raised in Liverpool, England and now lives in London. His early influences include folk greats such as Bob Dylan, Simon & Garfunkel and Leonard Cohen, artists whose styles are reflected in his thoughtful and poetic lyrical arrangements.

Ian's interest in low-fi, Americana and electronic music informs occasional, darker works such as the Songs of the Electric Night EP released in March 2020.

For light relief, Ian has been known to ask his brothers over for a jam in the garage and throw out the odd cover version.

Ian sticks to his trusty blue shirt but as for which one is Zeb, Jacko, K, Richie or Tom it's probably best not to think too hard. 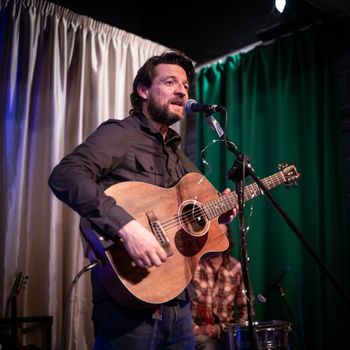 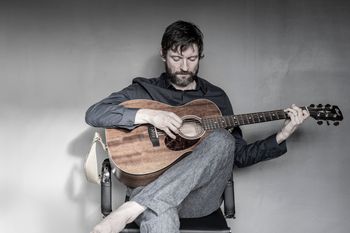 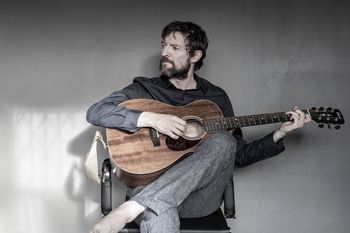 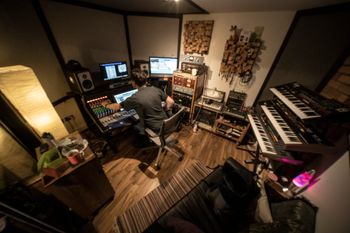 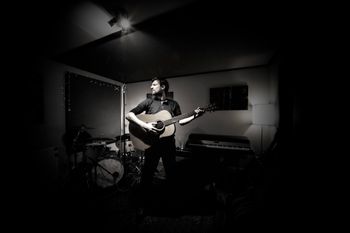 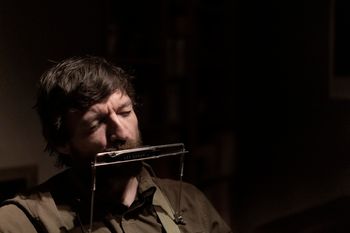 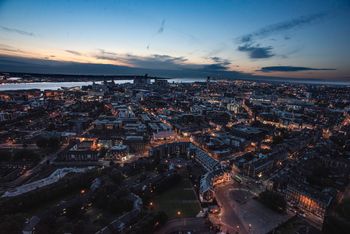 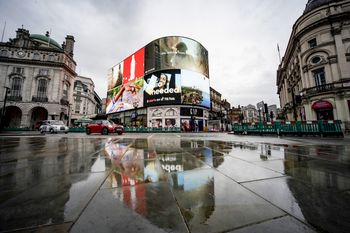 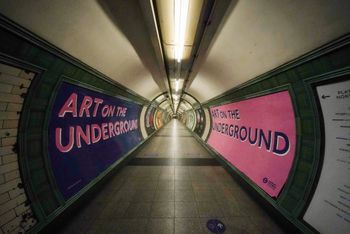 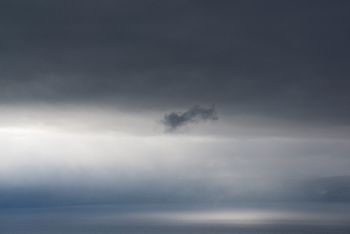 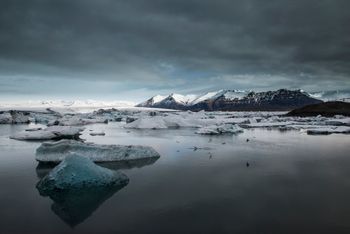 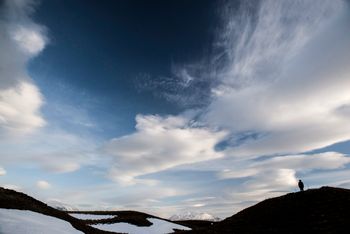 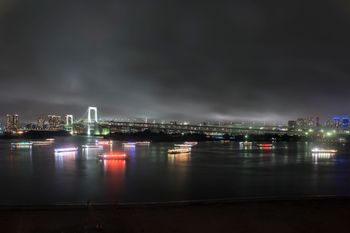